Thank you for your patience while we retrieve your images.

35 photos
This project is now available as a book published by Peperoni books.

When I first began showing my work about the Tangenziale (a ring of highways around the city of Milan), I described it as a documentary project. The main reasons for my interest, I usually added, were two: the way both urban and rural spaces had been transformed by the presence of the Tangenziale, and the existence of the highway as a “non-place”, a space through which people were meant to pass without establishing meaningful relationships with other travelers or with the place itself. By describing a specific feature of the urban landscape, I believed the images I created would also reveal something about the people who spent some part of their days in that space.
As time went by, and as I listened to the comments of those who came into contact with the project, I began to realize that I had a dual objective. To be sure, I wanted to document the highway and what lay beside and around it, but even more importantly, I wanted to share the thoughts and emotions I experienced as I explored those places and photographed them. Strange as it may seem, what I found as I wandered the terrains vagues alongside the Tangenziale, walked on the grass inside the loop of a cloverleaf, or simply looked out over the landscape that lay beyond the guardrail at a rest area, was an experience of freedom and a sense of direct contact with nature. Protected within the silence and fog of a winter morning, the landscape seemed willing to show itself, almost like a wild animal that had lost its fear of human contact.
Such “poetic” imagery aside (I may have been inspired by the fact that I spotted a few wild rabbits), what I found, in this land that humans had effectively rendered uninhabitable, was the childlike joy of exploring, of walking aimlessly and wondering. What is more, I encountered sensory experiences that are usually denied to us in routine trips along the highway. In such circumstances, we are heavily anesthetized. We are closed inside a car, first of all, and our purpose is to be not there but somewhere else, and we see the landscape along the highway always from the same perspective: an unchanging cardboard backdrop that begins to seem all but unreal. If it is a surprise to find a park under the Via Rubattino viaduct, then, complete with a small pond, a basketball court, and a soccer field, it is even more of a surprise to observe the exit signs from a position off the highway and to see the road itself, for once, not in terms of its function but simply as one of the features of the landscape.
This shift in perspective is what lay behind the experiences of freedom and of renewed contact with nature that I mentioned earlier, but adjustments such as these have become increasingly difficult for us. In most cases, wherever we go and wherever we live today, we are strongly encouraged to adopt “standard” behaviors (generally those geared toward consumption) — to conform, in other words. It becomes our responsibility to find “free zones” that allow us to experience the world from a different point of view. 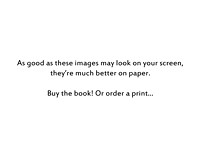 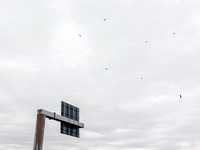 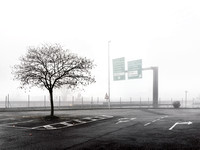 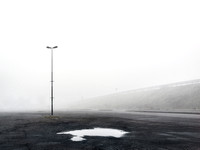 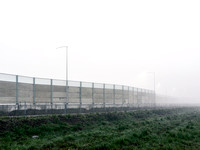 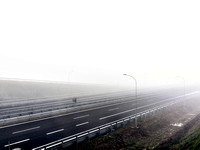 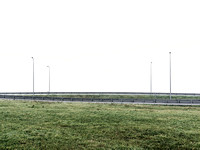 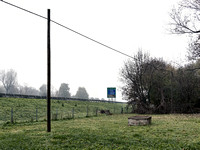 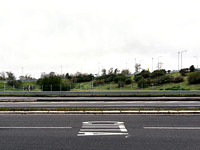 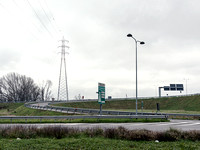 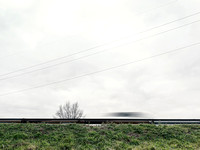 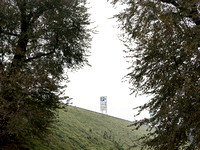 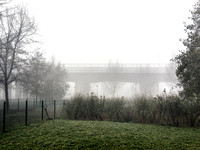 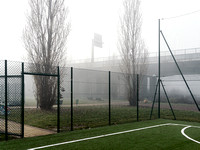 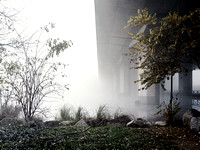 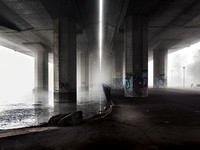 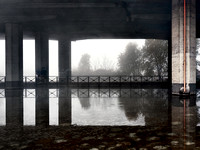 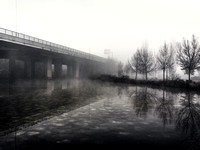 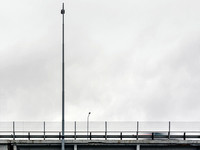 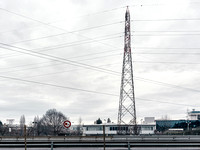